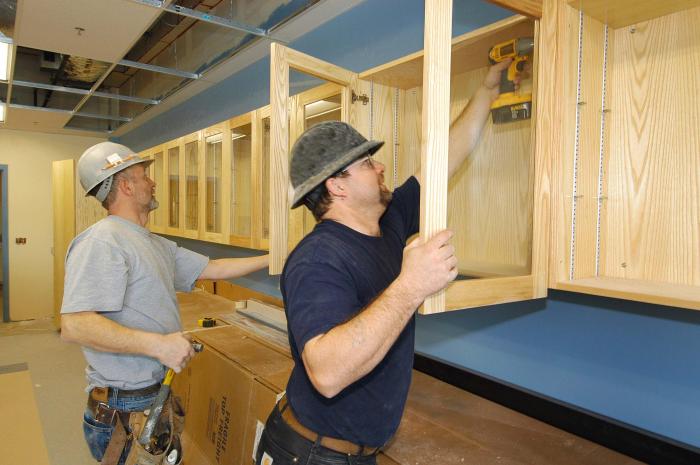 “In a universe that’s an intelligent system with a divine creative force supporting it, there simply can be no accidents. As tough as it is to acknowledge, you had to go through what you went through in order to get to where you are today, and the evidence is that you did.” –  Wayne Dyer, psychologist

Zachary (Zack) was off work, on stress leave, when he first came to see me.   He had been sent home by his boss who he had worked for over 20 years. He was a cabinet maker and good at it.  He told me he loved working with wood, as he phrased it…”making it into beautiful things”.

Zack was 40 years old, divorced from Zavia for three years after 15 years of marriage.  He told me she had ended it over his affair with his work…long hours, extra shifts and so on.   They had one son, Zeb, aged 20, in university, but currently, in recovery.

Zeb was a seasoned, skilled skier, but, apparently a very adventurous one.  He liked going to the top by helicopter and finding his way down. Two years ago, on an unfamiliar run down an unfamiliar mountainside in British Columbia, the snow was suddenly replaced by air, as Zeb went off a 60 foot cliff.

While lucky to have survived, he had numerous internal injuries and broken bones.  Zeb was still on the monthly medical visits and weekly physiotherapy sessions. And, he had also missed two years of schooling in the process.

But, according to his Dad, Zeb was doing OK.  While his recovery was slow, it was steady and he was a much wiser guy for it.  He seemed more focused now and determined to get on with his education and future.  Then, Zack added,

“Tell me about that Zack.”

“He told me he has been worried about me more than himself for some time.”

He hesitated for a second, before speaking, then said slowly,

“When Zeb went off that cliff, it’s like, in my own way, I went off as well!”

“Ever since the day it happened, I have been carrying this fear of, not just Zeb’s death, but my own, Ken…and everyone else’s, as well!”

“How is this showing up in your daily life, Zack?”

“I’m scanning all the time for danger and death.  I go through the morning newspaper…first the obituary, then, which sport figure has been hurt or passed away, then, where is the latest earthquake or hurricane…it is consuming me, Ken!” he replied, exasperation covering his face.

“How has it been affecting the rest of your life Zack…your relationships, your health…you mentioned being off work?” I asked, wondering how pervasive his fear had become.

“Ken, it was my son, Zeb, who said I needed to talk to someone.  He told me he has been worried about me more than himself for some time.” 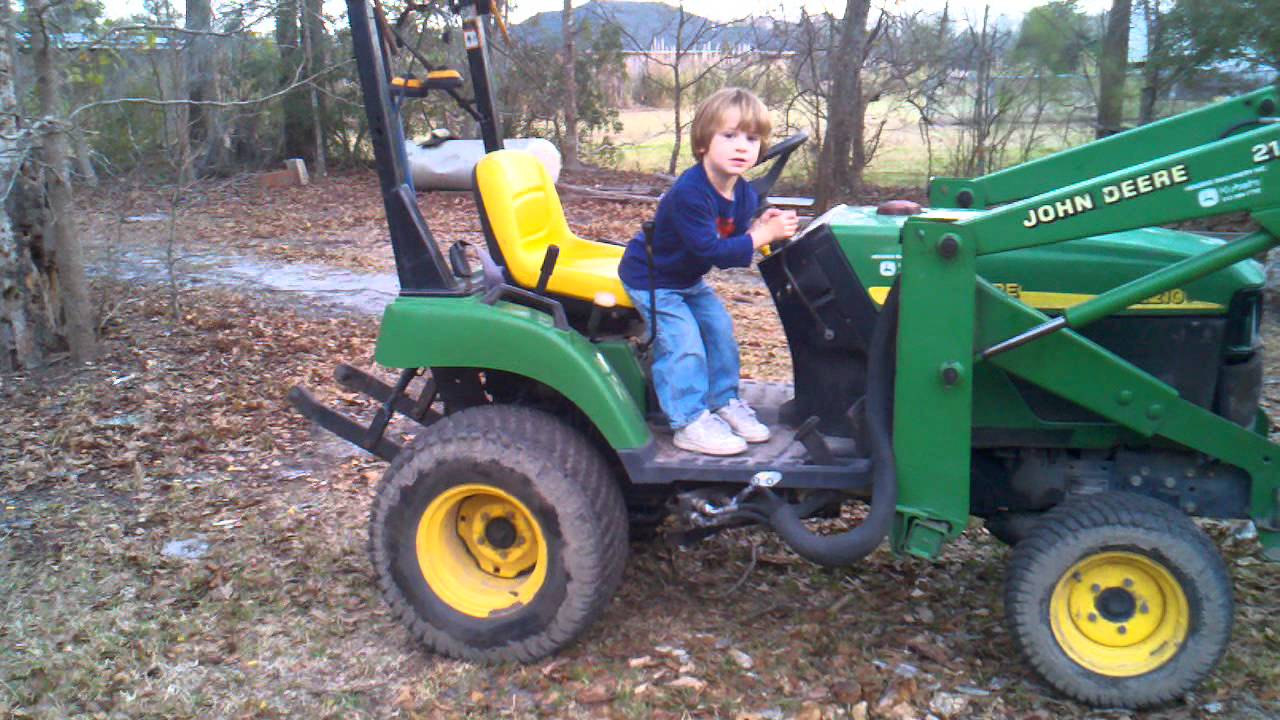 “I don’t think there’s any accidents in my life.” – Billy Ray Cyrus, musician

“I screamed in terror. I thought she had been killed…”

“OK!   Let’s get more specific!  I want you to go to a specific memory of being very afraid…terrified of being hurt or getting killed…go to your worst memory like that! Tell me where and when it happened.

“And Zack, it doesn’t matter how long ago it occurred…any time in your past!”

Zack didn’t take very long to find it and respond.

“Ken, I grew up on a farm.  When I was about six years old I was watching my Mom putting the hay bails in our barn.  She was standing by the door to the loft and I was sitting on the tractor watching while my Dad was passing the hay up to her.  The wind caught the door and swung it, hitting my Mom. She lost her balance and fell on to the barn floor below.” he said, remembering this ancient memory.

“What happened then, Zack?”

“I screamed in terror. I thought she had been killed…that she was dead.  But, she only broke her arm because she landed on a bail of hay that had dropped down there earlier.  But, I remember every detail.”

Then he went on,

“I can still see her disappear as she fell.  I will never forget that as long as I live, Ken!  It was so scary! And, now it keeps coming back, and haunting me, whenever anything reminds me of what happened to Zeb.”

“… only the most important tends to be available to our consciousness.”

“Zack, our brain tends to recall primarily what is most important to us for our future.  For example, you probably don’t know the colour of my office walls because they aren’t very necessary for your future, even though you saw them and have been looking at them since you arrived.”

“Are you saying I’m remembering what happened to my Mom years ago because it is useful for my future in some way?”

“Basically, our brain is designed for efficient survival, so while it is constantly collecting information, only the most important tends to be available to our consciousness.  Can you see the logic in that, Zack?”

“Well, that’s certainly how I approached cabinet making…efficiency is key otherwise, I couldn’t have made a living or kept my job!” he said, connecting the idea to his own experiences.

“We need to find out how it is benefitting you today to keep recalling that scary memory.  Would that be useful to you?”

“I think, I  would feel less like I’m going crazy, if I knew why I keep recalling it, over and over…so yes, Ken, I think it would be useful!”

“Damn straight!  I was there on the next flight out …”

“Then, let’s go to the moment, since Zeb’s skiing incident, when you were most upset with yourself for bringing back that memory.  When and where did it occur?”

“That’s simple enough…when his Mom, Zavia, called me on my cell from the airport to tell me what had happened to him and that she was on her way there.   I was in the shop shellacking a birch shelf. Ken, I had to sit down to calm myself. My mind was watching my Mom fall, while Zavia was telling me about our son’s fall.”

“Zack, how did you cope at that very second?   What did you actually do to manage that moment of terror?” I asked, to start broadening his perception of the moment and himself.

“Of course, I asked about his condition.  But, I also grabbed a pencil and was writing down on some nearby butcher paper, the hospital he was in, his  doctor’s name…everything Zavia was telling me. And, I was also planning my call to get a flight out there.”

“Zack, why was it so important for you to have the opportunity to do those things at that second?”

“I don’t know what you mean, Ken?” he replied, a puzzled look across his furrowed brow.

“Zack, how come you had the privilege of getting that call, that opportunity?  Why was it so important for you to have that happen to you?”

“I’m not sure where you’re going with this Ken, but he’s my son, my only child, I love him, I needed to be with him!” he said, his eyes filling up.

“And, I bet you got there as fast as you could, didn’t you?” I offered.

“Damn straight!  I was there on the next flight out and at his bedside the next morning when he woke up!” 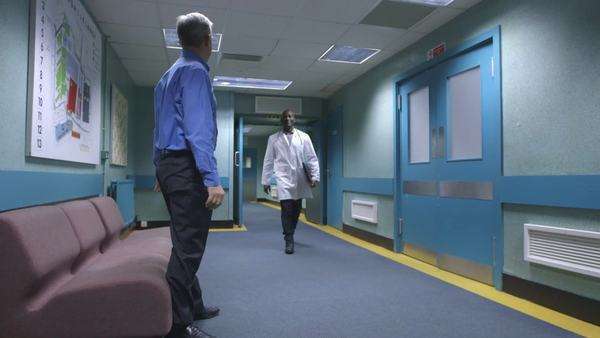 “There is no waste. There is an incredible interconnectedness of all of life.”
–  John Demartini, polymath

“…that memory has been helping you be the kind of Dad you want to be, eh?”

“And, why was it so important for you to be there?   His Mom was on her way and you were working, right?” I said, nudging his thinking a bit.

“Exactly, Zack!   You got the opportunity to be his Dad and prove to yourself you do love him.  And, the catalyst was that memory of your own mother’s fall in the barn loft many years ago.”

Zack went into himself for a bit, quiet and thought laden and then said,

“Ken, I’ve always felt guilty because I saw the wind catch the door and start to swing but didn’t think it would knock my Mom over.”

“So, that memory has been helping you be the kind of Dad you want to be, eh?”

“I guess that would be true, wouldn’t it?” he said, confirming his own insight.

“And, if you’re spending less time at work and more time with Zeb, what other benefits has it created for you?”  I asked, certain there had to be more.

“Well, when I look at it that way, Zeb and I are a lot closer since.   And, even Zavia and I are more cordial to each other.” he replied.

“Ken…being off work has given me time to notice I do love it but I also love other things like fixing my truck, paying my bills, even keeping my apartment tidy…dumb stuff, but not really…do you know what  I mean?”

“I do Zack!  It sounds like you are broadening your perception of yourself and what’s important to you, besides your work.”

“Yeah!   That’s what I mean!  I have more interests now than just my job.  I’m getting more well-rounded…in more ways than one.” he said with his first smile, patting his stomach.

“Zack, let’s check other times Zeb’s accident has been bothering you to find their benefits.  I suspect you will find a similar pattern of you growing in very important ways by using that old memory of your mother’s fall.”

“I’d like to do that Ken, because I already feel different, and better somehow, with how I see it now!”

“There are no mistakes, only learning opportunities! – King Ayles, writer

Will Computers Replace Us?

Haunted By My Labels!