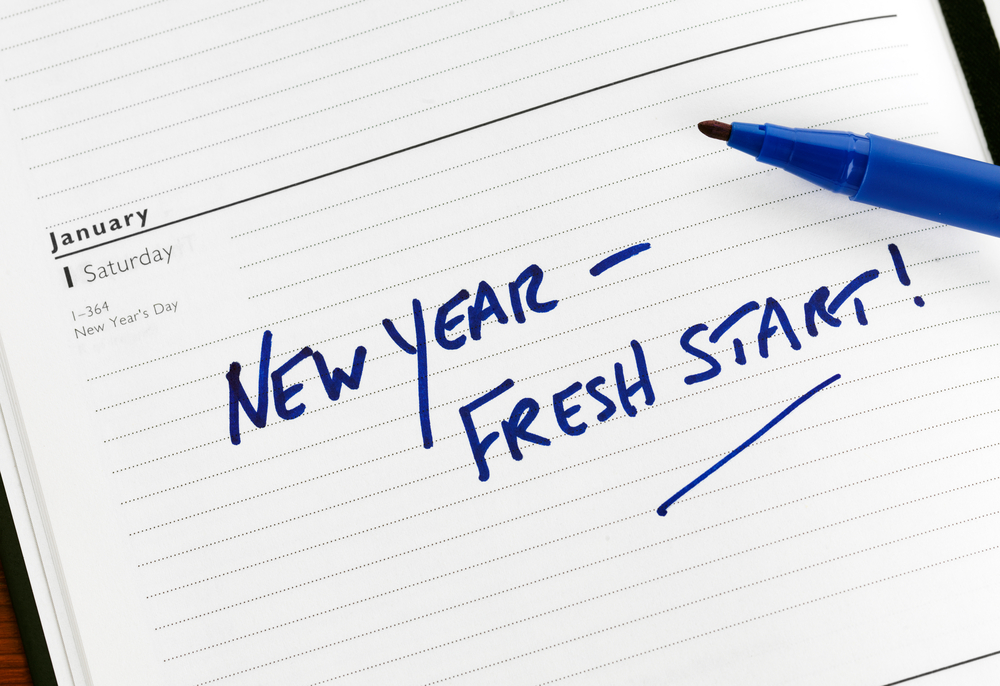 “Ring out the false, ring in the true.”-  Alfred Lord Tennyson, poet

“…she had already made her New Year’s Resolution!”

Keara  hadn’t been sleeping for several weeks.  Her insomnia, and lack of success with her meds to deal with it, prompted her to call me and make an appointment.   Keara was a successful entrepreneur with a thriving on line craft store where she catered to those seeking hard to find creative materials.

Keara was an energetic, bubbly, dark haired woman of thirty five. She had been married to Kevin, aged forty, for over ten years.   Kevin, an electrician, was an outdoor enthusiast who liked boating, camping and hiking.    They had no children but were both very devoted to their German shepherd, ‘Kookoo’.   Keara told me that while she wanted kids, Kevin, who had a troubled upbringing, was less than enthusiastic.

She said they had tried for a number of years and even saw a fertility doctor.   But to no avail.   Their physician could find nothing to suggest they couldn’t get pregnant, but so far, nothing.    She said Kevin wasn’t even interested in talking about it anymore but she wanted to keep trying.

She said even though it was only early December, she had already made her New Year’s Resolution.   But, she added, to act on it was scaring her and dominating her thoughts a lot.

I asked her, “Would you tell me your New Year’s Resolution, Keara?”

“I haven’t told anyone…I haven’t even said it out loud…I also haven’t written it down anywhere!” she replied with trepidation covering her face.

“You look fearful as you say that to me.   What do you find so scary about your New Year’s resolution, Keara?”

“It can hurt so many people if I left Kevin!” she said with a shocked expression as if she had never hurt anyone in her entire life.

“So, you have a concern about hurting people.   Who specifically are you worried about hurting with your resolution to leave Kevin, Keara?”

“Mainly Kevin!   But, also his parents and siblings.   And, even my family as well…my parents and my brother and my sister.   They are all really close to him.”

“Would it help you to know you can’t hurt someone without helping them, simultaneously?” I asked.

“Cute idea!   But, I don’t believe it for one moment!   I’ve been hurt lots of time and it didn’t do me a damn bit of good…I’m positive of that!” she said emphatically.

“I cried for what seems like weeks and weeks.”

“Then, let’s check it out.   Across your entire life Keara, what has been the biggest, most hurtful moment?”

“I was in grade nine and crazy about this guy named Kyle.   He had blond hair and blue eyes…he was gorgeous.   We sent each other notes, met in the mall…silly stuff that kids do at that age.   We had been dating secretly for a month when he dropped me like I was yesterday’s newspaper.”

“I was devastated.   I cried for what seems like weeks and weeks.   But, I couldn’t tell anyone because no one really new in the first place.”

“Keara, please close your eyes for a moment!” I asked her. 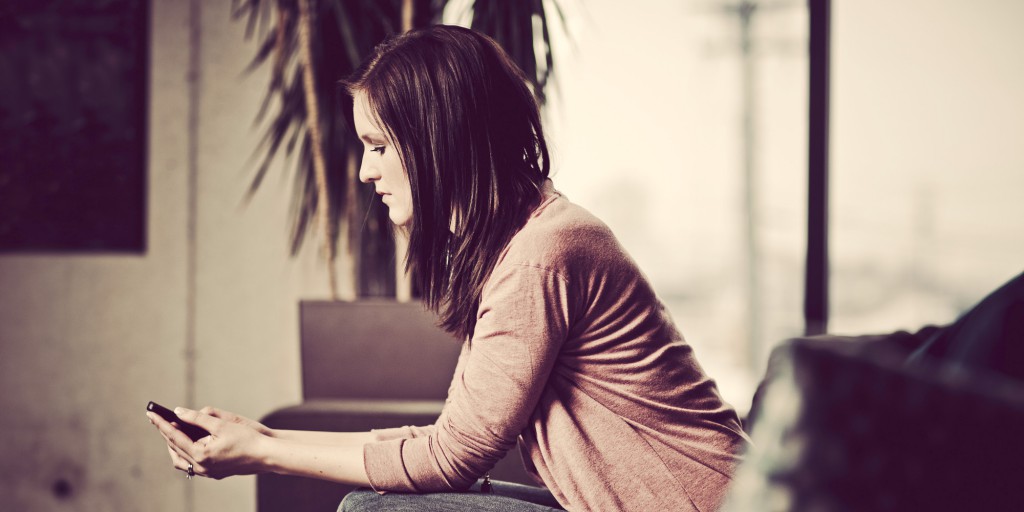 “Take a leap of faith and begin this wondrous new year by believing. Believe in yourself. And believe that there is a loving Source – a Sower of Dreams – just waiting to be asked to help you make your dreams come true.”
– Sarah Ban Breathnach, author

“I’m sure you will remember more details.”

She did.   Then I said, “Go back in your memory to the worst moment in that event.   And be very specific.  Where were you exactly at that moment?   Were you by yourself or with someone else?   Describe that moment for me, please.”

Her eyes flickered for a few seconds and then seem to settle down to a quiet calm like a big puddle after you drop a small pebble into it.

She said, “He had just called me on the phone to break up with me.   I was in my room by myself…it was after supper one night…I had an extension of my own…it was a surprise fifteenth birthday present from my parents.   When he told me I burst into tears and slammed the phone down…I felt so betrayed and hurt…yet, I didn’t think I could tell anyone because it had been our secret, and now it was just my secret.”

“I don’t know.” she said, her eyes popping open.

“It’s been my experience we can remember significant events like this in great detail if we look carefully because they are tagged in our memory with intense emotion.   Have another look!    I’m sure you will remember more details.”

“… I learned I had to take care of myself first in my love life.”

Keara closed her eyes again and settled back in the chair.   She was quiet for a few moments, then said,

“I remember being deeply disappointed and very angry!”

“Disappointed in who or what, Keara?” I asked, seeking more depth.

“I was disappointed in myself.   I felt so naive, so stupid at that moment.” she said.

“What did you conclude?   What did you learn that shifted your naivety at that second, Keara?” I asked waiting for her to draw her own conclusions.

“The way Kyle ended it, on the phone, not face to face.   The way I never saw it coming.   How naive I was, at fifteen years  of age, about romance, relationships and love.   Looking back now that was when I learned I had to take care of myself first in my love life.   I guess that’s what brought me here to see you.   I’m just trying to protect myself and Kevin as well.”

“Can you now see the value of that painful moment?   Can you see how you learned something very important at that second which changed your life from that moment on?” 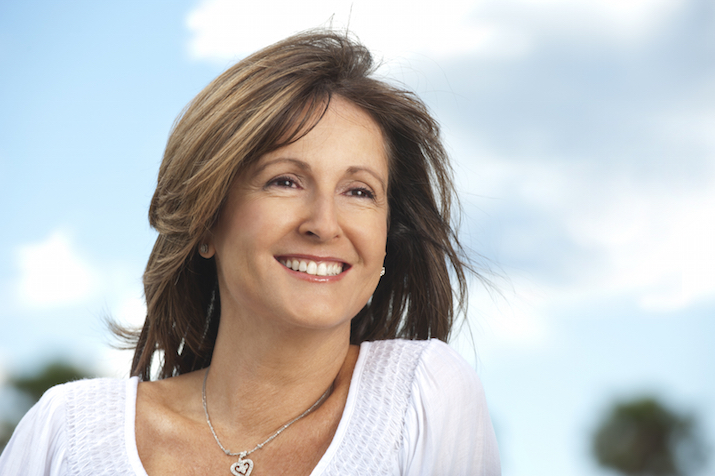 “If you asked me for my New Year Resolution, it would be to find out who I am.”
– Cyril Cusack, actor

“… just like it was for you when Kyle ended your relationship…”

“You’re saying that’s when I learned to protect myself.   That’s when I figured out I had to take care of me first, in my relationships.   It does make sense in a way because I’m not really trying to hurt Kevin, I’m just trying to protect me, and my future.” she replied.

“Yes, exactly.   Now, can you apply the same principle, the same law, to Kevin, if you decided to end your marriage to him?   Can you see how it would both hurt and help him; both pain and please him; both weaken and strengthen him?”

“I’ve never thought of it that way before.   Are you saying it has to be that way?”

“Yes, I am!   And Kevin, like you, may not realize it right away.   But, if he is willing to look at that moment in his life, the truth of that moment, it has to be both, just like it was for you when Kyle ended your relationship back in grade nine.”

“If I could figure out how it would benefit him to have me end our relationship, it would certainly help me take that step.” she said.

“… freedom from me pushing him to have a child.”

“Keara, do you really believe Kevin doesn’t know you have already left the relationship emotionally, if not legally?” I asked her.

“I’ve never said anything to him but we haven’t been intimate or event affectionate in ages and ages.   So, I think he already knows something has change in our marriage.”

“Given the challenges Kevin has had in your relationship, what might some of the advantages be to him if you ended it?”

“The one that pops into my head right away is freedom from me pushing him to have a child.   Also, he could pursue his outdoor lifestyle which he thinks I hold him back from doing more often.   And, he could spend his money anyway he wants, on anything he wants, instead of having to negotiate with me all the time.   This has always been a sore point for him.”

Keara was demonstrating her new awareness of a fundamental law of nature found in every hard science from biology to physics to astronomy.   So, she began her learning journey.   She uncovered benefits for Kevin in each area of his life.

“Write it on your heart that every day is the best day in the year.”
– Ralph Waldo Emerson, poet

Keara went on to also discover benefits to her family and his family as well.   By the end of our work she was able to find the two sides for anyone who might be impacted by her new Year’s resolution.

She then developed and set in motion a plan to tell Kevin about her decision.   She was pleased with her effort and his response.   He told her he was actually relieved in a way which hinted at his own growing awareness of how it would serve him.

Keara and Kevin arranged a collaborative divorce process enabling them to end their marriage in an efficient and respectful manner.   Keara agreed to let Kevin have custody of their shepherd, ‘Kookoo’ while she would visit him and have him periodically on weekends.

In our last consult, I asked Keara her thoughts on what she and Kevin had achieved.  she replied,

“I found it so empowering to realize this duality law and how it applies to every moment of my life.   And, I’m so pleased how Kevin and I can still deal with Kookoo’s care.   It’s like we still have a friendship even though we have both moved on…I like that part a lot.”

Now you know you can’t hurt without helping, can’t pain without pleasuring, can de-power without em-powering.   It’s a law of nature that, once understood and applied, frees you to be who are need to be, do what you need to do and have what you need to have in your life.  Use 2017 to start empowering yourself in your life with it!   It will change your life forever!

Our next seminar is entitled, “How to Bring balance to Life and Purpose to Work!”  It will be on Saturday, January 28th, 2017. Details are available at ww.kenpiercepsychologist.com

Do You Want A Wonderfully Painful Holiday & Marriage or a Fantasy…Your Choice?

The Most Important Thing to Know About Your Partner’s Values is…?