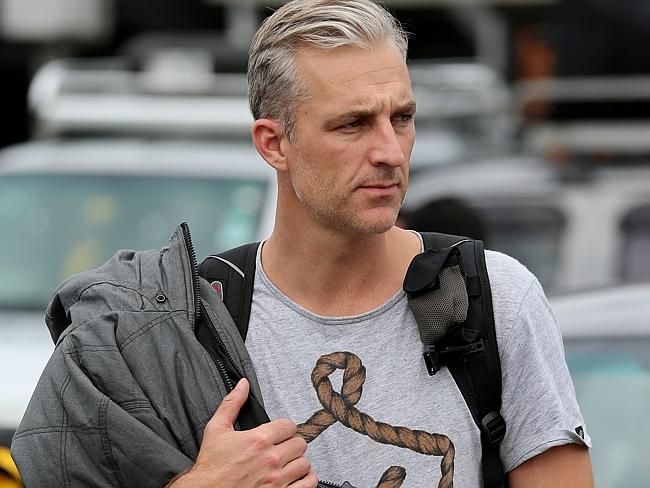 “Parents are the ultimate role models for children. Every word, movement and action has an effect. No other person or outside force has a greater influence on a child than the parent.”
– Bob Keeshan, entertainer

Ratan was an academic in every sense of the word.  He was very educated and knowledgeable about his field of biology.  And, he projected an air of certainty that he was more informed and more enlightened than others around him.

Ratan was 44 years old with black hair, greying at the sides.  His attitude was manifested in his dress and manner. He was a classy and stylish dresser, but, a little overstated. His manner was flamboyant and dramatic as if he assumed a large audience was watching.

Ratan also struggled with his significant relationships.  He had been married for 20 years and had two children with his first partner, Raquel.  But, he ended his marriage by coming out and pairing up with Rasmus, also an academic at the local community college.

Ratan retained a cordial relationship with his ex-spouse.   But, with his two adult children, this was not the case. His son, Rashid, aged 20 had still not accepted his father’s transition to a gay relationship with Rasmus.  He felt his father had abandoned his mother. His anger was palpable when they crossed paths and so they usually avoided each other.

Ratan’s daughter, Rayen, aged 18, was more open to the change but still not close to her father who she regarded as “intellectualizing everything.”  They often had heated debates but ended up agreeing to disagree. And, she kept an emotional distance between herself and her father which left Ratan feeling very alone at times.

For his part, Rasmus, encouraged Ratan to get closer to his children.  Rasmus spent half their time together challenging Ratan to be more open and accepting of his children’s perception of his new life.

Rasmus suggested Ratan give them more time.  He also echoed to Ratan some of his children’s perceptions of him “always being in his head instead of his heart.”  This magnified Ratan’s feelings of stress and confusion. And, this was what eventually motivated him to book a consult.

As Ratan described his past and present life, it was apparent he was both upset and bewildered by all the challenges he was facing from, not just his kids, but also Rasmus.

“Ratan, it sounds like you are getting strong challenges from some of the key people in your life.  What is the most upsetting part of your situation?”

“…I used the ‘intellectualizing’ to avoid owning, and taking responsibility for, my part in relationships.”

“Ken, I am not an intellectual snob!   Yes, I have studied vigorously in my field for my entire career, but I am not arrogant, insensitive or uncaring!   But, that’s what I keep hearing.”

“From who, Ratan…and when and where?” I asked.

“Well…it’s my daughter, Rayen, mostly!  Like last weekend, she reluctantly came over for  a meal with Rasmus and I. We were talking after supper over a coffee when I was saying I’m only interested in pure ideas…that I don’t need examples to prove an important idea…just give me the principle, skip the examples.”

“And, what did Rayen say about that, Ratan?”

“Ken, she jumped all over me saying I was quote, ‘intellectualizing’ things, standing back, aloof, …safe from all of the less aware folks…”

“Then Rayen said…what hurt the most…that I used the ‘intellectualizing’ to avoid owning, and taking responsibility for, my part in relationships.  I was flabbergasted! I didn’t know what to say!”

“Would you give me an example of what she was talking about, Ratan?” I asked him. 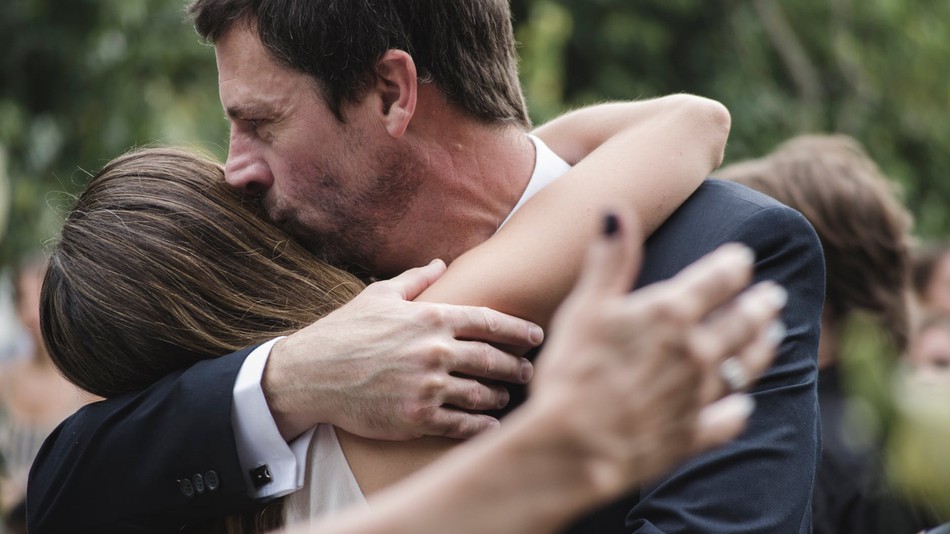 “It’s not about what you tell your children, but how you show them how to live life.”

“And, how can you not trust yours…”

“Sure…she has been harping for years, actually ever since she was a young teen, that I favoured her brother, Rashid, over her.  It is not true, Ken, I love them both! But, she doesn’t believe me.” he said, visibly exasperated, probably like he was when she said it to him.

“And, when I reminded her Rashid had learning delays as a child which necessitated extra time with him, she called that ‘intellectualizing’ the situation.”

“Ratan, do you trust your two children, because I want you to know I don’t trust the three children I have?” I said.

“Of course I trust my children, Ken.  And, how can you not trust yours…what did they ever do to you that you wouldn’t trust them?” he asked, confused by my question and statement.

“I can only trust them to follow their values, not mine…”

“I don’t trust my children to have my values because they didn’t have my past life experiences.  Since they have their own past experiences, I expect them to have their own values…some similar, and some different, from mine.  So, it would be naive of me to trust them to think or act like me. Can you see that Ratan?”

“Yes…I suppose.  But, you can still trust them, even if you don’t share all their values, can you not?”

“I can only trust them to follow their values, not mine…and they will do it unconsciously…and, not maliciously either.”

“So, you are saying Rayen has different values than me, and so, sees her relationship with me different from how I see it?” he asked.

“Given your exchanges with her, what do you think, Ratan?”

“It makes sense in a strange kind of way!” he replied, starting to get the idea.

“If that’s true then when I try to justify or explain my values to her, she sees that as avoiding…intellectualizing…and not caring…about her!”

“What has her values got to do with it, Ken?”

“That may be what’s going on Ratan…she may be thinking you don’t love her as much as her brother.” I said.

“So, how do I convince her I do love her just as much?” he asked mystified.

“True love is an equal combination of support and challenge to optimize learning and survival.  That’s how your parents raised you…which explains why you’re alive and well today.”

“I certainly remember the challenges, less so the supports…but I get the idea!”

“Since Rayen is alive and well today as well, she, also, was supported and challenged by you and her mother in a similar manner.  But, she may not realize that as yet.” I suggested to him.

“Are you suggesting I have to teach her how I supported her?” he asked.

“Teaching may not be the most effective method.  I might suggest, show her, discuss with her, explore with her…help her learn in a way that respects her values, Ratan.”

“What has her values got to do with it, Ken?”

“Just about everything, Ratan!   Displaying respect for her values lets her be more open to your perspective and so…to your values.   Mutual respect for the similarities and differences between your values is the foundation for any lasting relationship.” 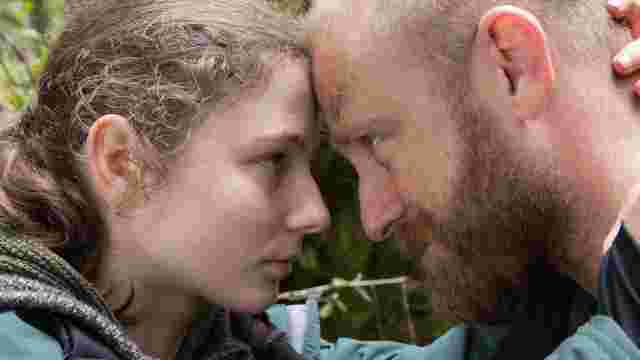 “Remember that children, marriages, and flower gardens reflect the kind of care they get.”

“…you only have to respect her right to have them…”

“Ratan, you don’t have to like them…you only have to respect her right to have them, and live by them, if she chooses to do so!” I replied.

“And, if I refuse to do that…what happens then?” he asked  with defiance in his voice.

“Then, you would be deciding not to have a relationship with your daughter, Rayen!” I said, matter of factly.

Ratan, sad back in his chair to ponder this idea for a bit.  Then, he came out with,

“So, you’re saying unless I respect her different values, I won’t have a relationship with her.”

“That’s my best guess because, if you don’t show respect for what’s important to her…her values, she can’t keep her self respect and her dignity…which is paramount to her well being.”

“This is very serious stuff, Ken…isn’t it?” he said, as if finally realizing the real agenda with his daughter.

“…is like you with determination to be who she is…”

“And, Ratan, isn’t this similar to the challenge you had when you decided to honour your highest values, keep your own dignity, come out and build a new life with Rasmus?”

As Ratan processed this idea, made the connections and saw the parallels, his eyes glistened with awareness and emotion.

“I remember how hard that was to do, how hard it was to tell my wife and children and especially how scary it was…yet I had to do it…for me!”

“Perhaps Rayen is like you with determination to be who she is and see herself, and the world, as she needs.  Would you deprive her of that right, Ratan?”

“Certainly not,  Ken! I want her to be her own person.  I’ve learned it is the only way into a healthy future.” he said.

“So, what does that mean for you and your relationship to Rayen?” I asked to see if he was really going to evolve himself with his daughter’s assistance.

“I think I need to first, start noticing and respecting her values; second, get more details about where and when she felt forgotten; and third, listen carefully to her so I can remind her I love her.  Ken, am I missing anything?”

“Ratan, you might remember, it is a two way street.  You will need to expect the same respect from her and be willing to negotiate with her when required, so you build a fair and healthy father-daughter relationship.”

“Yes…that is important isn’t it…that it be mutual?  Thanks, Ken. And, can I come back and discuss my progress, or the lack thereof, on occasion?”

“It would be my privilege, Ratan!”

“Your children are not your children. They are the sons and daughters of Life’s longing for itself. They came through you but not from you and though they are with you yet they belong not to you.”
–  Khalil Gibran, poet

You are not entitled to be happy!

Like your body, your spirituality must also evolve…it’s natural!