“Every mind must make its choice between truth and repose. It cannot have both.”

“This suggests we can make conscious choices.”

We’re the only animal, at least as far as we can establish with our present knowledge, who thinks about thinking.  This makes us the only animal which has a self-consciousness ability.  This suggests we can make conscious choices.

As far as we can tell, the dinosaurs didn’t have this skill. And, I guess it wouldn’t have made much difference to their eventual demise.  But,

Palaeontologist, Kenneth Lacovara, has an interesting perspective on what we can learn from their history.

What makes Lacovara’s fascinating TedTalk (Hunting for dinosaurs showed me our place in the universe!) so cool is the presentation itself.  How it connects them to us, right today, in relation to our time on this same planet.

Lacovara famously unearthed some of the largest dinosaurs ever to walk our planet, including the super-massive Dreadnoughtus, which at 65 tons weighed more than seven T.Rex and stood six stories high.

Perhaps what makes his talk so interesting is how he connects the 65 ton Dreadnoughtus to us and our own choices as human beings…today!  Have a look! You will enjoy his talk for his skill in presenting, its long term perspective and its immediacy to our own situation… as another species also endanger of extinction.

Let me know your thoughts and comments.

“If you choose not to decide, you still have made a choice.” –  Neil Peart, musician

Once you have adequate nutrition, the less you eat...the longer you’ll live! 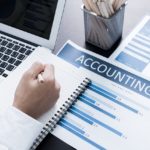