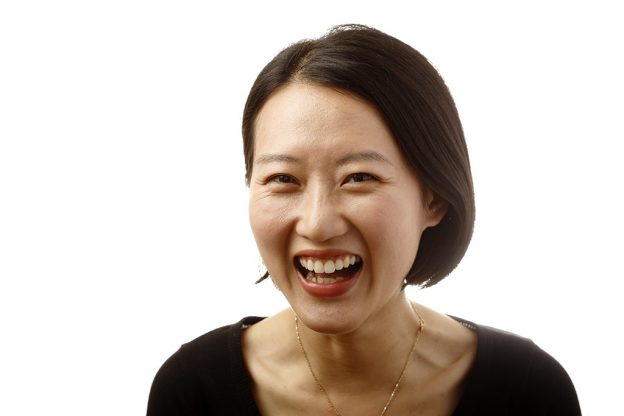 “Great emergencies and crises show us how much greater our vital resources are than we had supposed.”

“Most seem to carry few, if any, regrets!”

Hye was born in South Korea and had immigrated to Canada as a teenager with her family.  Her parents had settled in Nova Scotia. But, she had ended up visiting, loving and moving to Prince Edward Island, in her early twenties.

Hye was a petite person, 38 years of age with short dark hair.  She had an intelligent and insightful manner in dealing with others which often came out in her thoughtful questions and warm smile.

Hye and her husband, Hagan, a plumber, had two adult children, who were just about  on their own now. Hank, the eldest, was in university in New Brunswick, while Hattie, was just finishing up high school.

Hye was a resident care worker in a local facility which specialized in long term care of ailing seniors.  She said she loved listening to the stories elders carried from their past and the wisdom they were so readily willing to share with anyone willing to listen.

When I asked Hye what I might help her with, she said,

“Listening to seniors talk about their lives, I’ve noticed something really interesting.”

“What have  you noticed, Hye?”

“Most seem to carry few, if any, regrets!  They seem to be OK with what life has offered them.”

“Can you give me an example of what you mean Hye?”

“Something terrible happened to me many years ago, too!”

“Sure!  Mrs. Brown comes to mind, immediately.  She is ninety-three years old and confined to a wheelchair now.  Her mind is as sharp as a tack and she is so witty. She was telling me about the ‘war years’ and about her oldest son coming back ‘shell shocked’…what they call PTSD, now.”

“She said he was never the same after…more quiet and serious about everything.   But, Ken, she wasn’t mad at anyone about what had happened to her teenage son. She said those were the times and she knew lots of people who lost family members.  She was just grateful…even though he experienced terrible things…and brought back both emotional and physical scars.”

“Hye, why is her attitude to a past event so significant to you?” I asked her, wondering where was the link to her own life that made Mrs Brown’s story so special.

She hesitated before saying,

“Something terrible happened to me many years ago, too!  And, even though I handled it back then, I am still very angry and confused by it.   And now, with all the hype from the “Me, Too!” movement, I’m wondering if I need to move past it.”

“Every single event helps us become who we are today!”  – King Ayles, writer

“Our brain only moves past events when we can see the two sides…the costs and the benefits…equilibrated.  This awareness of that duality lets us appreciate it and move on to other priorities.”

“I don’t think that’s possible in this case…it was too horrible for me!” she said, the repulsion in the memory, showing through in her voice.

“Do you want to tell me what happened, Hye?” I asked.

“Well, you know what you say here, stays here…unless it is a danger to yourself or someone else…or illegal…or a judge says otherwise…remember that confidentiality form your signed?” I said, to reassure her.

“It’s been said talking about events gets them out of our head so we can see them more clearly.  That has been my professional experience…I think it enables us to learn more, and perhaps, find the value.”

“…how could I have seen them as friends…what did I miss?”

“It was many years ago when I was in grade eight in a school in Halifax.  I was out skateboarding with three of my guy friends in a park on a Friday evening.  But, it ended up they all molested me.” she said, looking down at her hands, displaying the shame and embarrassment she still carried.

“I know it wasn’t my fault…but I also know it still bugs me that I was so naive…how could I have seen them as friends…what did I miss?” she said, confused and exasperated.

“How did you cope with the assault, Hye?”

“Oh, I kicked and screamed and bit one of them…but, it did no good!   They just held me down more. And, after…they just walked away! I went home battered and bruised!”

“Did you tell your parents, report it to police…and, were they charged?”

“Ken, you’re the first person I have ever told about the day!”

“So you kept the attack to yourself then, and since, as well?”

“Yes!” she said, with a hint of pride and strength in her voice.

“Are you saying my assault has to follow that same rule?”

“Hye, let me offer you an observation I have from Nature and my work with the abused.  You recall I said earlier our brain only moves past events when we can see the two sides…the pain and the pleasure…equilibrated?”

“The other piece to this is that every event has two sides…without exception…even your assault.”  I said…carefully.

“Are you saying my assault has to follow that same rule?” she asked me, startled.

“Hye, have you noticed the more sick we are, the more we appreciate our health?  This is the same natural process…just in a different form.” I gently suggested.

“You mentioned after the attack you did not tell your parents, your friends, teachers, the police…no one…until today!  I’m wondering why it was so important for you to keep what happened to yourself, Hye?”

“At the time, I thought my parents could not have coped with it…I was their only child, their only daughter.  I figured my mother would go off the deep end and my father would want them shot by a firing squad…they were very protective of me at that time.”

“The greatest weapon against stress is our ability to choose one thought over another.”
–  William James, philosopher 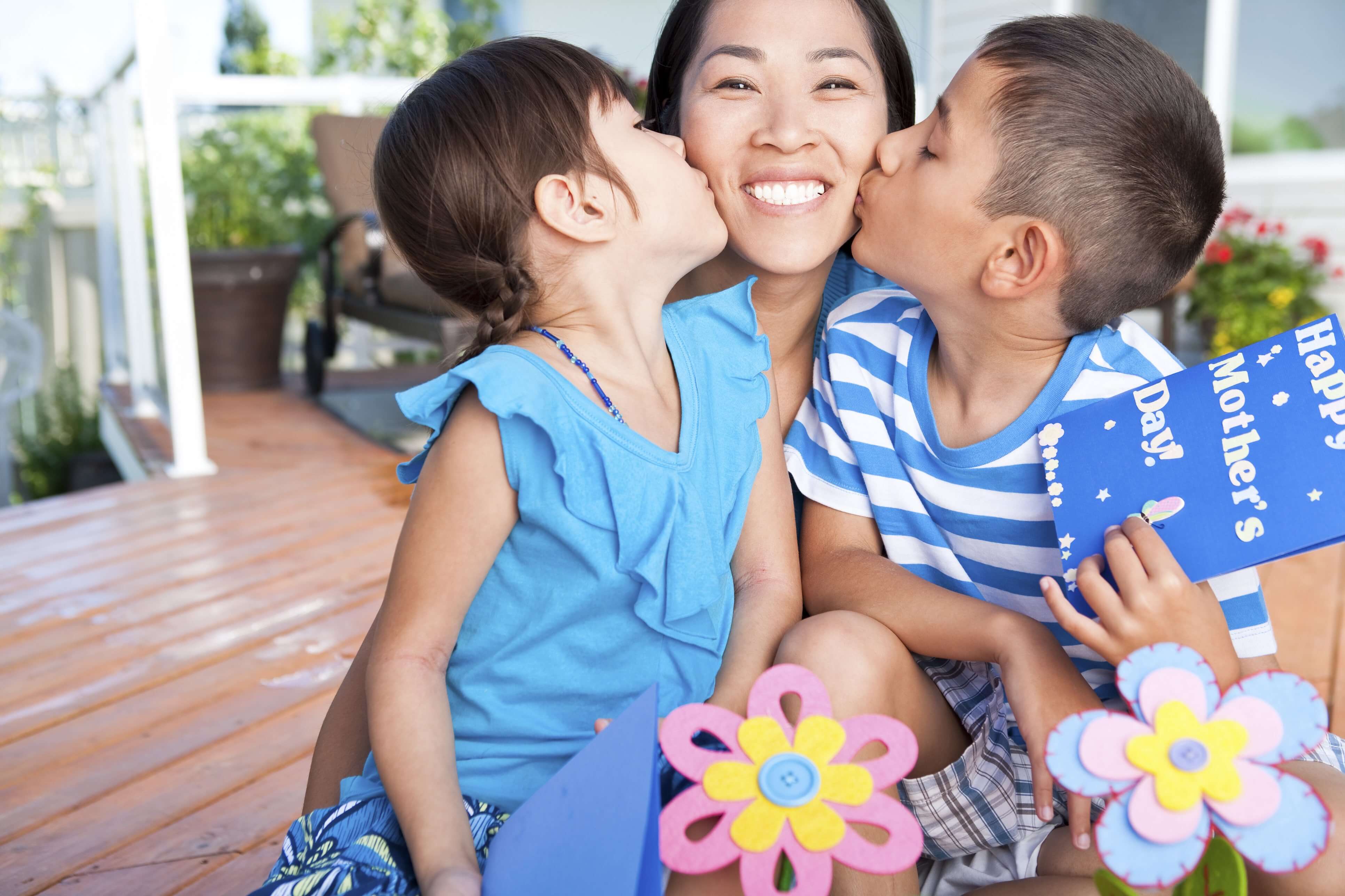 “So you were trying to protect your parents and your relationship to them?”

“Yes, and also I was protecting myself…I was embarrassed and ashamed that I didn’t see it coming…that I was so unaware of these guys’ intentions.”

“So, protecting yourself, and how others saw you…your reputation, was also a factor.   Anything else… looking back now, Hye?”

“I think too, I took a bit of pride in handling it myself…I kept my secret, I managed all the worry…by myself.   That was important to me back then for some reason.”

“It helped me prove I could be independent and not need the help of others…even my parents, who had been like shadows around me before that.   Does that make sense, Ken?”

“…I needed my own space and my own identity.”

“It sure does, Hye!  That’s what I have been looking for in the assault…how specifically you got stronger and smarter at that moment.”

“Ken, I love my parents dearly, but, as a child, they really kept very close watch over me.  They worried and lectured me constantly.”

“Part of the reason I moved here from Nova Scotia was to get more independence from them.  I visit them regularly, but, I needed my own space and my own identity.”

“It sounds like dealing with it that way helped build your self-esteem and self confidence.” I suggested.

“Yes, I can see that now!  I started to value myself more…and demand more respect from others.   I can see that even today. Just last week I challenged a colleague who made a sexist remark at our team meeting…and it was a woman talking about one of our elderly male residents.”

“… I became stronger…more determined, as well!

“Let me see if I can summarize what you have uncovered so far as benefits to your assault, Hye.”

“First, at that moment, you learned to fight to protect yourself even though it wasn’t successful in ending the assault.”

“Second, you decided to keep what happened, to yourself to protect your relationship with your parents and the stress on them of having to deal with it.  Accurate so far?”

“Yes it is, Ken!  I’m noticing already how it is looking different!” she said, with a small smile.

“Third, you protected yourself from the public embarrassment and shame you were worried would have resulted from telling others about it. And, fourth, you got to practice being independent at a very important time in your life.  Any other benefits, Hye?”

“Ken, I became stronger…more determined, as well!  And, more self-confident I could handle my own life.  And, to this day, I’m very careful choosing my friends.”

“The assault empowered you in so many ways and you learned so many priceless things about yourself and life at a time when it was crucial to your future…kind of perfect, eh?”

“Yeah!” she replied in a soft, thoughtful voice.

“Can you see how your perception of that event evolves from a negative to a more neutral state when you add to your awareness how it served you to have it happen?”

“Yes, I can see that now!    And, Ken I can feel the difference, too!  It has become more of memory, instead of a nightmare.”

“Hye, given all the ways the assault impacted your life in vital, important ways…if there was someone else, who also needed to grow in that way…would it be OK for them to have that kind of experience, too?” I asked, to determine if she had achieved the full integration of her assault.

Hye looked at me with a very serious expression.

“Ken, it was a painful event…but, it was worth it to me!  It changed everything for me, in a way I can now appreciate?  Thank you!”

“Thank you Hye for taking the risk to honour and empower yourself!”

“Human beings can alter their lives by altering their attitudes of mind.”
–  William James, philosopher

The Symmetry of Every Second…so Cool!

Of course, you can’t trust your partner!