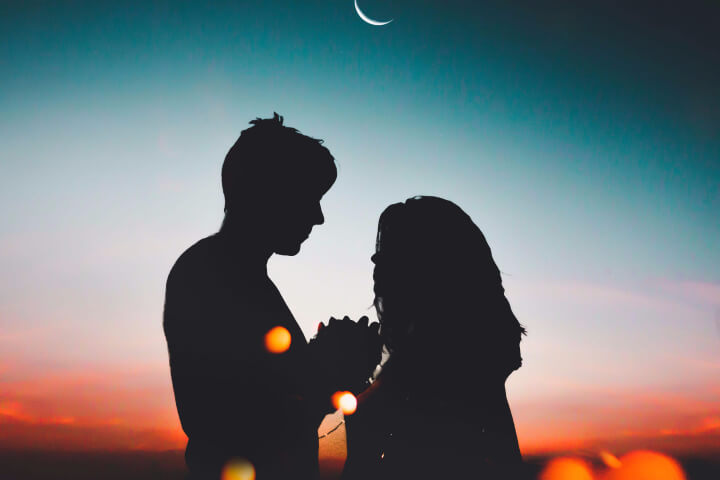 “Never above you. Never below you. Always beside you.”
–  Walter Winchell, journalist

“I’ve taken the kids and moved out of our home.”

Quinn and Qidira had been married  ten years and had three young children.  Quinn worked in a call centre as a night shift supervisor of a team of sales staff.  He was an energetic person who liked his work and was devoted to his family. Quinn was a big, tall, blond, robust in appearance and manner, but friendly and engaging.

Qidira worked in the local fish processing plant on a seasonal basis.   The rest of the time she was a stay-at-home mom, raising her kids and being involved in community activities including volunteering with seniors, coaching sports teams and other community activities.   Qidira was dark haired, small in stature, almost petite and rather shy.

On the initial consultation, which Quinn attended by himself, I asked him what I could do for him?

“I’ve taken the kids and moved out of our home.  We’ve moved to my parent’s place on the other side of town.”

He said he had threatened to do it before.   But, this time he had done it. When I asked why, he replied,

“When I walk in from work, Qidira walks out to her other life!”

“That was the final straw for me!”

“What other life, Quinn?”

“Oh, it’s either volunteering at something, or attending a community fundraiser for someone whose house has burned down, or a wake, a funeral, a shower, a book club, a Tupperware party, a lingerie party, a girls night out…it’s always something!” he said frustrated, flushed and fuming all at the same time.

“Meanwhile, the house is in shambles, the refrigerator is empty and the kids are glued to the TV.”

“How long has this been upsetting you, Quinn?”

“It’s not new!   I’ve called her on it before…many times!   She always promises to get her priorities straight, but it just never happens.”

“Is there a special reason why you have acted on your frustration this time?”

“Yes!   Qidira’s neglect of her responsibilities is impacting the kids.   Their school reports say they are falling behind in school. That was the final straw for me!”

“… by the end of those sessions, you will either rebuild or part cordially.

“Quinn, what do you want out of this situation?  Are you interested in rebuilding your relationship with your partner?”

“Yes, I am,Ken!  I want our marriage and family to work, but something has to change!”

“Do you think Qidira also wants to rebuild your relationship and family?”

“She says she does…but I’m skeptical…we have been in this situation far too long, and now it’s hurting the kids.” he said, his anger rising again.

“OK!   If you are both committed to each other, to building a healthy relationship, and to attending 10 hourly sessions with me, I can assure you by the end of those sessions, you will either rebuild or part cordially.  Does that interest you, Quinn?”

“Yes it does. And, I think Qidira will agree, too.” he replied.

So, we booked a couple session for the following Monday.  They arrived together and Qidira was a little hesitant but soon grew more comfortable.  After introductions and collecting a brief history from Qidira’s, I started the learning process,

“We don’t develop courage by being happy every day. We develop it by surviving difficult times and challenging adversity.” – Barbara De Angelis, writer 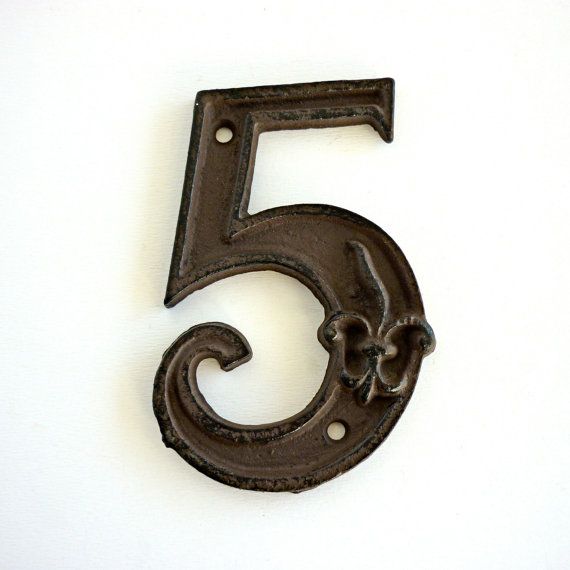 “… five things you need to know about healthy relationships.

“Since you have both stated you are committed to rebuilding, I want to offer you the five things you need to know about healthy relationships.  Feel free to ask questions at any time. OK?”

“The first thing you need to know is that the purpose of marriage is not to be happy, but rather to enhance your survival as a human being.  This means people get smarter and strong from marriage which increases their changes of longevity. And, the same thing results from a divorce, as well.”

“You mean, we’re never gonna be happy together?” Qidira said jumping in first, forgetting her shyness.

And, Quinn echoed her concern with, “Then, why get married at all?”

“You married each other, not to be happy, but rather to be grateful for yourself and others.  And, because each of you have your own unique values which you brought from your individual pasts to the marriage.   Your values from your past experiences determine whether you value those things marriage can offer like: love, security, children, safety, belonging and so on.”

“… these differences…keep you both learning things from each other you need for your future.

“The second thing you need to know is the differences between you are natural, normal and healthy.  In fact, due to natural law of duality, one of you is an optimist and the other is a pessimist.   Can you see that?”

Qidira said nothing, but Quinn jumped in here with, “Qidira is forever accusing me of being an optimist while I see her as ‘Ms. Catastrophe’…so that kind of fits.”

“The third thing you need to know is these differences are what keep you both learning things from each other, the things you need for your future.  And, you can learn to be appreciative of the role your partner serves in your life.”

“You mean we will never have a peaceful family…nor should we expect one?”

“That’s correct Qidira.  Family peace is as big a fantasy as world peace.  Humans need conflict to learn vital lessons for their future.  Healthy families have regular conflicts of some form about half the time…it keeps everyone growing.”

“So, we shouldn’t be expecting peace at home all the time?  We should expect arguments and disagreements as a normal part of family life…is that what your saying, Ken?” Quinn added summarizing Qidira’s comments in his own words.

“… I’m infatuated with working nights because I do prefer it…”

“Yes indeed!   It means each person in the family have their own identify and are setting healthy boundaries with each other.  They take these boundary setting skills out into the world to create success in their life.”

“So, kids arguing is normal.  That’s a relief!” Qidira added with a smile.

“The fourth thing you need to know is any trait or behaviour, you like or dislike, in your partner…you have it too according to someone.” I said, wondering if I was moving too fast.

“Ken, are you saying Qidira’s infatuation with running the roads while I take care of the kids…that I have that infatuation behaviour as well?” he said, mystified.

“Quinn, because you have a different set of values, you probably don’t have that trait in the same form as your wife, but you definitely have it in some other form, equally.  Just like beauty is in the eye of the beholder, so is ugly and so is infatuation.”

Quinn paused deep in thought.  Qidira was also contemplative while she stared at her spouse.  Quinn was the first to speak.

“My close friend, Quay, often remarks to me working nights must be hard on me and my family and he couldn’t, and wouldn’t, do it.   He must think I’m infatuated with working nights because I do prefer it over days because I have more autonomy in my role. But, I do sleep most of the day away.”

“People change and forget to tell each other.” Lillian Hellman, dramatist 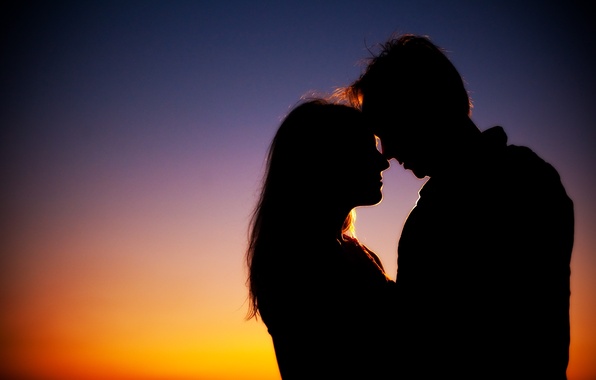 Qidira said in a sad, quiet voice, looking down at her hands, averting our gaze,

“We really don’t have much of a life together,  I just have to get out and be around people…I feel so lonely so often!”

Qidira, Quinn, that’s the fifth thing you need to know…can you see you are each struggling to do the best you can with the situation you find yourselves in.  It’s not about good or bad people.”

“So, what is it really about then?” Quinn said frustrated.

“… I guided them through the Demartini Method™ for couples…

“Can you show us how to learn to do that, Ken?” Qidira asked, rising her head.

“Yes, I can!   That’s what I do.  As long as you are both willing to learn, I can show you how to rebuild your current relationship into a healthy one.  Are each of you ready to do that?”

Qidira spoke first, lifting her voice as if to confirm her commitment,

“I am because I want to make our marriage and family work!”

Looking directly at Qidira, but responding to me, he replied,

Qidira and Quinn began their focused, accelerated learning journey that day.  They uncovered each other highest values and explained them to each other. Then, they identified the behaviours in each other they most liked and disliked.

Then I guided them through the Demartini Method™ for couples over the next several sessions.  When we had completed it, I asked them if they were ready for the “quiz” which would prove to them, they had done the work they needed to do for a healthy marriage.

Then, I asked them individually, if their partner needed to change, in any way, for them to spend their future with their partner.  They both said, ‘No!’ I told them, teasingly, they were now ‘cured’ of their illusions about relationships and ready to move forward.

I can’t stop crying… and people say it was only a dog!