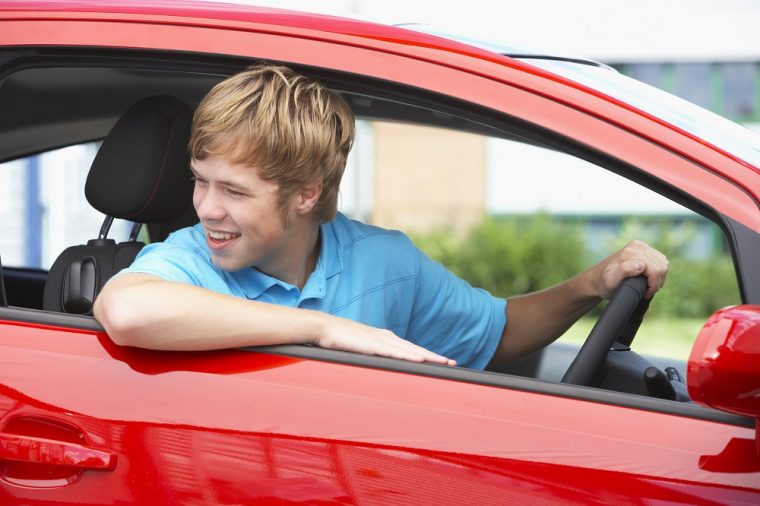 “In a universe that’s an intelligent system with a divine creative force supporting it, there simply can be no accidents. As tough as it is to acknowledge, you had to go through what you went through in order to get to where you are today, and the evidence is that you did. Wayne Dyer, psychologist

Lance was 23 years old, bright, handsome…one of those nice guys.  He was the youngest of three with two devoted but older sisters. His parents were divorced but kept their relationship cordial and stayed close to all their children.

But, Lance was kind of a ‘wild child.’  His family doted on him. He was their ‘baby boy‘ with a bright future ahead of him. Lance loved fast cars and playing the edges of the drug scene.  He wasn’t what you would call reckless. But, he was naive and easily got caught up in the risky behaviours of others.

His parents cosigned the loan for his high-end, cherry-red, sports car with which he collected several speeding tickets from the local police.  He was polite when stopped by them but reluctant to adjust his approach to his driving or his life.

And, Lance had a girlfriend, Lora, also 23, who shared his enthusiasm for the fast lane.  They had been dating for two years and it was serious. They hadn’t talked about marriage yet, but, it was just a matter of time once they both finished their education.  Lance was studying the hard sciences, engineering, while Lora was focused on the soft ones in education.

“…I have only one question for you…”

Everything changed in a big way because of a small patch of black ice on a winter road late at night.  Lance’s car skidded into a deep ditch and flipped over. It took Lora’s life and left Lance in hospital for over six months with multiple injuries.

Lance arrived in my office still struggling to sit in a chair, getting up periodically to ease his back pains and deeply depressed about all his losses in life.  His referral noted his mental state was so poor, it was slowing down his physical recovery.

Lance seemed to be still in a state of shock.  There were no visible scars to be seen, but his demeanour was distant, disinterested and very down.  When I asked him how I could serve him he replied,

“Lance, then what was it that got you to come here this morning?” I asked.

“My insurance company was somewhat persuasive when they referenced ‘the strings and time line’ on their support.” he said, a hint of anger to his voice.

“I can work with that!  Since you decided to come here today and given what I read in your file, I have only one question for you Lance.”

“Well, if you read my file then you already know I’ve lost everything!” he said sullenly.

“You have certainly lost a lot, Lance.  But, not everything! I’m wondering what you thought you were entitled to before your collision occurred?” I asked to see if he was open to learning about his sadness. 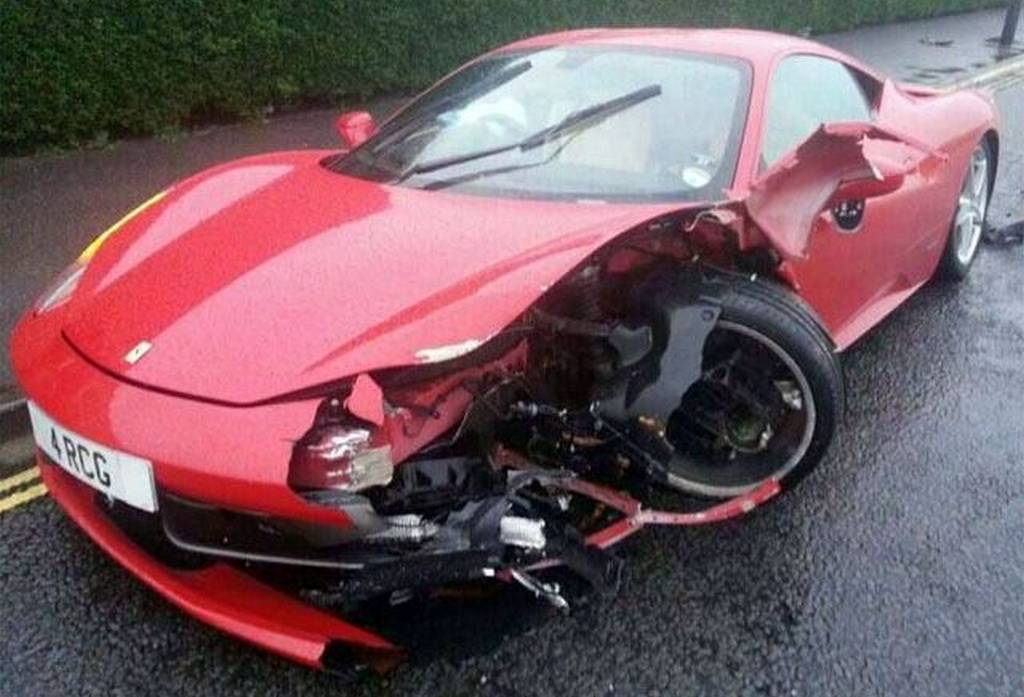 “Belief systems thrive in circumstances of collision. They are energized by their opposites.” – James P. Carse, historian

“Do you want to feel better fast?”

“Before January 27 I was entitled to everything.  And, I was on the road to everything I wanted. I had someone who loved me, a career strategy, a loving family, good friends, even a nice car…I had it all!” he replied, defiantly.

“Lance, with all due respect to you and what happened to you, that suggests to me you were very naive about what life is really about!”

“Are you trying to tell me I wasn’t entitled to those things, Ken?” he asked, shock covering his face.

“In my experience, we are only entitled to one thing in life…an opportunity to live a life.  Every other thing must be worked for and paid for…without exception!”

“Are you trying to tell me I’m supposed to feel lucky I’m alive?”

“Lance, let me present it another way. Do you want to feel better fast?  It is simple and usually works!” I said.

“I sure would!  I’m so tired of people telling me to get on with my life.  They don’t know how things look from my side!” he said, depressing himself again.

“It sounds like you are focused only on your losses.  What about your gains…?”

“I suggest you go and take a seat in the waiting room of the oncology department at our hospital.  Just sit there and observe the people who are waiting for their chemo treatments. It may help you learn how lucky you are to have your challenges instead of theirs.”

He paused for a minute to process this thought and image, before saying in a quieter voice,

“I suppose there is some truth to that, isn’t there?”

“Lance, if you went to sit in that waiting room at the hospital, you would be just broadening your perspective on your life.  I can help you do that for any perspective you have about anything in your past, present or future. Would that interest you?”

“I’m not sure, Ken!  Everything seems so dark.  I don’t see any light at all!” he said, his voice getting now husky with emotion.

“It sounds like you are focused only on your losses.  What about your gains, Lance?”

“Gains?  What gains?” he replied, frustration and anger spreading across his youthful face.

“I don’t believe in accidents. There are only encounters in history. There are no accidents.” –  Pablo Picasso, artist

“The first one is a willingness to learn…consider old ideas from new perspectives.”

“Tell me the biggest losses you are seeing.”

“The three biggest are Lora, my health and my independence!  I’ve become a lonely, sickly, dependent cripple!”

“Lance, I can help you if you agree to two things.  Do you want to know what those two things are?”

“I don’t really think anyone can help me.  I will listen…but skeptically!” he said.

“Cool!  Skeptics ask the tough questions to accelerate their learning…which serves my work well.   The first one is a willingness to learn…to consider old ideas from new perspectives. Will you agree to do that Lance?”

“What old ideas are you talking about, Ken?” he asked, demonstrating his caution.

“After my recent experiences, I think about those things a lot more…so I guess I can agree to that Ken.” he replied. 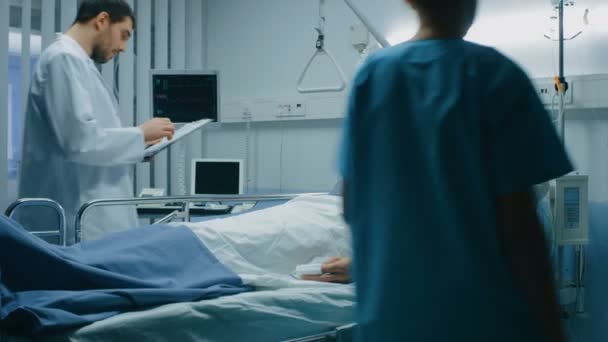 “The ideal man bears the accidents of life with dignity and grace, making the best of circumstances.” –  Aristotle, philosopher

“Ok!  The second one is to focus on what you think, instead of, how you feel.”  I said.

“Are you suggesting to me if I focus on what I think instead of what I feel, I will be able to get past where I am right now?” his skepticism staring at me again.

“You have got it exactly, Lance!  I will never, repeat never, ask you how you feel about anything…I really don’t care because if you decide to focus on how you think instead, you can learn very quickly how to move forward in your life.  Does that interest you? Do you agree to do that in our sessions?”

“You’re seriously telling me I can learn to get back to some sort of life if I will work with you on my thinking?” incredulity covering his face as he stood up to relieve his back pain by moving.

“Yes I am, Lance!  Are you game for this?  Because we can start right now if you are!” I said.

“My best guess would be that Lori would want you to…would she not?” I asked, to see if he was ready to talk about what had happened to him.

He gave me a look of surprise but nodded in the affirmative.  And this is where Lance began his journey back to his life and his future.  We started with the grief he carried for his loss of Lori, his time in recovery and his direction in his life.

“…taking nothing for granted and appreciating everything and everyone!”

When he understood the law of balance and had proven to himself it applied to him, he started looking carefully for what he had actually gained since his collision.  They were there, as they always are, but finding them was transformative for Lance.

As he described the loss of Lori’s devotion, he noticed, and started appreciating, its new forms in his family and friends support to him since.   The year he thought he lost in recovery, he noticed he had gained by a new appreciation for his need to take care of his health and safety. And, the lost direction in life he realized was now a more specific direction in the form of environmental engineering.

As he continued his journey over the next few months, Lance’s physical recovery was also enhanced. His new pain management skills enabled him to focus on what he controlled rather than what he didn’t.  This reduced his stress and gave him more energy and motivation for planning and implementing his new future.

In our last session five months after we met, Lance has returned to his previous summer’s job at a local take out and he was planning on resuming his studies.  He had moved out of his parent’s house where he had been living since his collision and was thinking it was time to start dating again.

One of his last comments to me when I asked how he was thinking about his future now, went something like this,

“Ken, once you understand the law of balance, you become less fearful and just more careful…taking nothing for granted and appreciating everything and everyone!”

“Accidents happen and all of that, but it’s how we pick ourselves up from the accidents that matters.” –  Aquaria, writer

The Three Laws of Marriage are…?!

You have a perfect life…just like the rest of us! 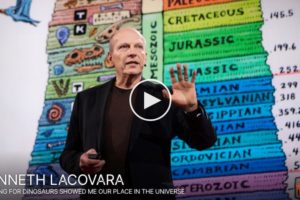 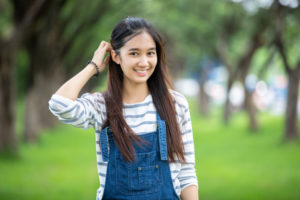 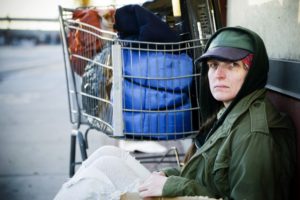 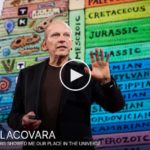 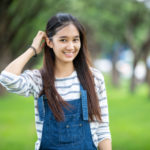 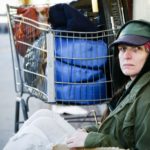