“Each generation’s job is to question what parents accept on faith, to explore possibilities, and adapt the last generation’s system of values for a new age.”
– Frank Pittman, psychologist

Baako was a big man who owned four dogs.  He loved his dogs like they were his kids.  Emotionally, they were his kids…and his wife’s kids, too!   Her name was Banu. But Banu had died from a sudden heart attack six months ago.   And, Baako was still so unwound, he finally decided to talk to someone. That someone was me.

Baako projected lots of speedy speech and movement.  His face was flushed and frustrated. It was like he was searching for something or someone!   He was like a frantic, last minute shopper needing to find what he came for, as the store was closing for the day.  But, he couldn’t remember what he had come in for. He seemed to be looking everywhere but not finding it.

Baako and Banu had been married for 20 years.  They had no children…but, they had their four dogs which they treated like their children.  Their kids had their own room to play in at home, each had their own special dish and each had their own food preferences which were catered to with diligence by their ‘parents.’

Now, Baako was on his own with these four demanding ‘offspring.’   And, he was clearly upset and, what looked like, angry, with his predicament.  Yet, he seemed unable to find a solution or even articulate what he was looking for…a shopper racing up and down the aisles, trying to find something he couldn’t see that was probably right in front of him.

Baako was not just a big man, he was also an obese man.  And, he told me Banu and he were ‘foodies.’ Then, he added she had struggled with her weight as well.  Then he added, it probably contributed to her death…but he wasn’t sure because her doctor never verified it when he asked.  All her physician would say was that “it might have been a contributing factor.”

When I asked Banu how I could help him he replied,

“I’m not sure, Ken!   But, I know I’m irritable all the time, lonely and feeling very isolated.  Since Banu passed I have had numerous invitations to dinner from relatives and friends …and I haven’t accepted one of them!”

“It sounds like you are still grieving…could that be true, Baako?” I asked.

“Maybe, Ken?   But, it’s not that I feel sad…I feel..irritated, annoyed and really frustrated!  But, I’m not sure at what or even at who? Does that make any sense at all?”

“Yes, it does!   You’ve lost someone you loved!  And, now you are trying to figure out whose responsible.” I suggested.

“…why would that happen to my Banu?”

“Yeah!  That sounds like part of it.  But, I’m not mad at Banu. I know she could have taken better care of herself and all that.  We used to talk about our unhealthy lifestyle, what we called, ‘our food, our fat and our foolishness,’  But, we decided a long time ago, to live the life we wanted, and ‘damn the consequences,’ as Banu used to say.”

“No, not really!  One doctor tried many years go after her cancer treatments and she just dropped her and found another doctor.” he said with a half smile, remembering Banu’s determination to be her own person.

“So, Banu had to deal with cancer a while back…?” I asked, trying to fit this new information into his situation.

“Yes, about ten years ago…breast cancer.  She took treatments and beat it. But, it changed her…changed her attitude toward everything.” he said, thoughtfully.

“I think you can’t really escape any kind of spiritual education as a child… You can’t escape it, even if you completely disagree with it, you still have it as a foundation that you base things off of.” – Jack White, musician 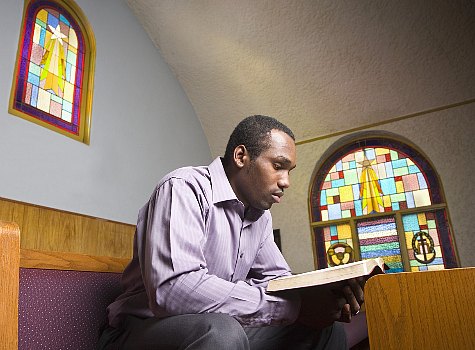 “How did it change you, Baako?” I asked.

“I kept thinking how unfair it was for her to get cancer…how could someone, so kind and considerate, get cancer…what could she have done to deserve that…why would that happen to my Banu?” he said, his eyes glistening for the first time.

“Baako…?  It sounds like you may be struggling with your spirit as much as you are your mind?  Are you a religious person who is mad at your god?” I asked, thinking we might be getting closer to the source of his true feelings.

“Ken, I’m not religious anymore!  I was raised a Christian but left that stuff behind me a long time ago.”

“Do you want to discuss the new form of your spirituality and how it might be contributing to your present situation, Baako?”

“As a person learns more, their spirituality usually evolves accordingly…”

“Spirituality is simply the human mind striving to understand and protect itself in nature.  As we struggle to survive the natural elements around us, we learn more and more about how the natural system works.  As a person learns more, their spirituality usually evolves accordingly, unless they resist, because of fear.”

“Are you saying spirituality comes from fear and our lack of understanding of how nature operates?” he asked with surprise.

“Basically, that’s it!  So, to understand these systems of nature, we have given them human-like qualities, treated them human-like or god-like. We have personified them.”

“You are referring to some of the things I’ve read about… like how we use to revere or adore the sun, the moon, thunder, lightning, a river, an ocean, certain animals…that kind of stuff.

“Yes!   Even today, there are cultures and religions which still do this.  It helped us to learn to respect these natural systems and reduce our fear…especially of the unknown.”

“So, my spirituality is being tested and changing…”

“But, how does this connect to what’s happening to me, Ken?”

“How do you explain to yourself your wife’s passing?  How do you make sense of it, Baako?”

He paused then said,

“I was raised to believe in a kind and loving god.  I don’t practice any more but, if that is true, why is the most kind and caring person in my life gone…taken from me?”

“Yes, that’s how my mind runs around in circles and upset and distracts me.”

“It sounds like you may be blaming your version of god, your Christian god for Banu’s death.  Could that be what’s going on for you right now, Baako?”

“That sounds pretty close to it!   So, my spirituality is being tested and changing…is that what you mean, Ken?”

“What do you think?  Have you been spending more time since Banu’s death wondering what you do believe about how you fit in this world, in this natural system?”

“Science without religion is lame, religion without science is blind.”
– Albert Einstein, physicist 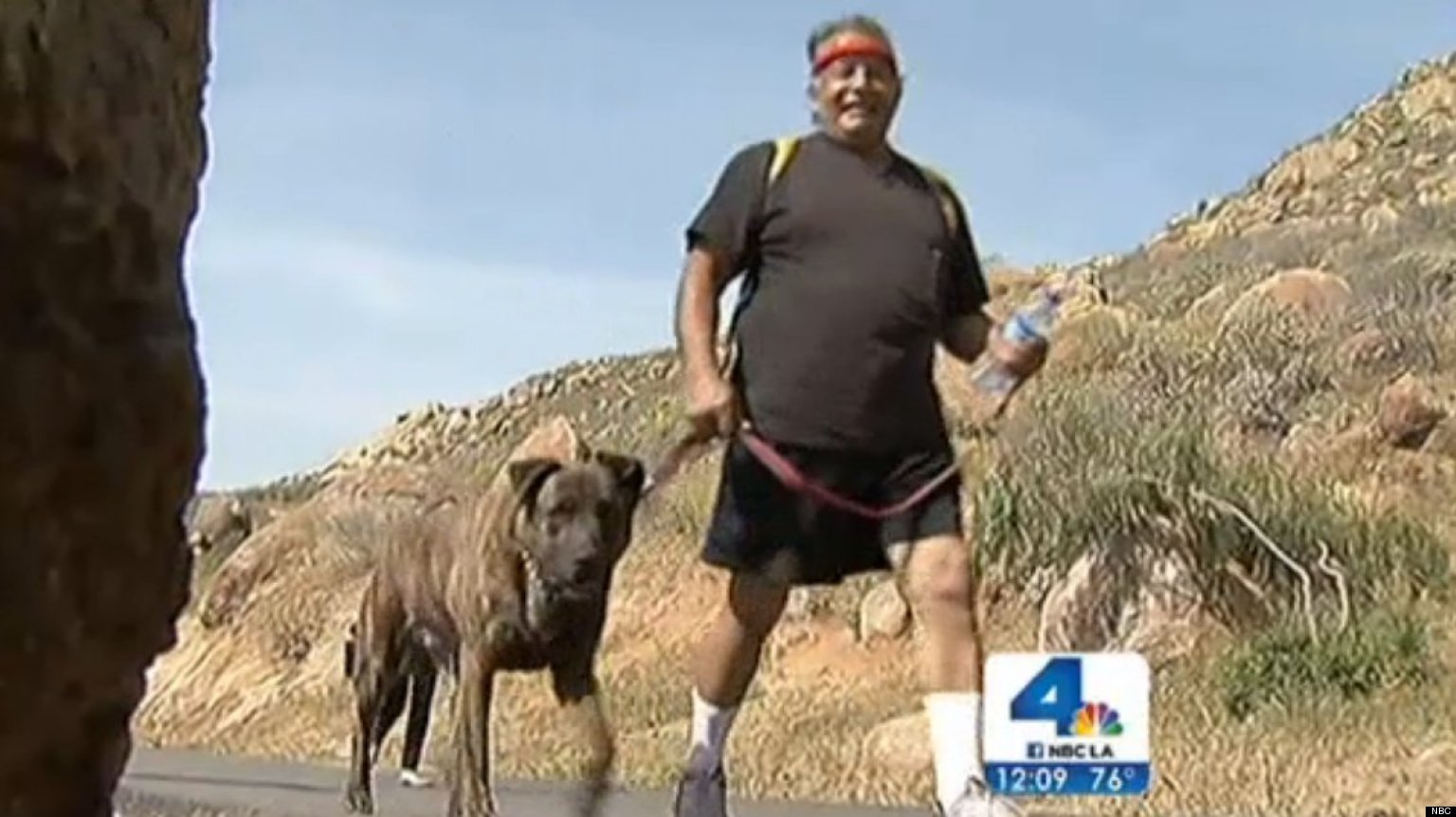 “That’s the kind of ideas I have had dancing around in my head.  And, so you saying, it is normal and to be expected…and it is just us learning how we fit into nature, is that what you mean?”

“Exactly, Baako!  With Banu’s passing, you are being reminded to appreciate your own life and your own time here!”

“It’s like Banu’s passing can serve me to grow my gratitude for my own life, to appreciate what I still have…our pets, my family, my friends, even my own health, eh?”

“… to take better care of me…which I know Banu would want me to do.”

“Notice when you think of her passing this way, it feels very different, does it not?”

“Yes it does, Ken!  When I put Banu’s passing inside the natural systems, it feels more Ok, feels more manageable to me.”

“And also, notice you evolve your spirituality to a form that is more sustainable, more verifiable and so more satisfying for you.  Can you see that, Baako?”

“Yes, I can!  And, I notice, it also gives me the opportunity to, not just appreciate my life, but also to take better care of me so I can extend it…which I know Banu would want me to do.” he said, his eyes flushing again.

Haunted By My Labels!